As an affiliate, Answearable earns from qualifying purchases at NO cost to you. Learn More. 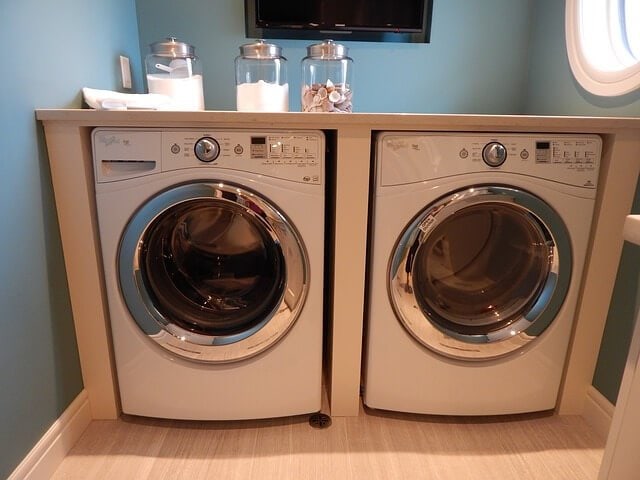 Are Bathing Suit Dryers Sanitary? How to Disinfect

It’s the logical thing to do: You hate going home with a wet swimsuit in tow so you dry it in your gym’s bathing suit dryer. If you’re like most people, you wash it before drying. And if you’re like some people, you seldom/ never do. Aren’t pools sterilized with chlorine anyway? Besides, bathing suits dryers are sanitary, right? Well, the possible answer might be a bit shocking.

Warning: Read at your own risk. This revelation will probably gross you out big time.

How the study was conducted

50 homes in Tucson and 50 others in Tampa Bay, Florida were the subject of this study. The venue? The laundry rooms— specifically the insides of each home’s washing machine and dryer.

Apparently, this was the first test conducted on home washing machines. The ones before were mostly conducted on hospital laundries. Some on home kitchens and bathrooms.

The study was led by Charles Gerba, a microbiologist who spends most of his time researching water quality and environmental hazards.

Whatever made Gerba suspect that “environmental hazards” might be festering in household washing machines, it was well-founded.

Here’s what Gerba and his researchers found after the study:

What’s this got to do with swimsuit dryers?

The study was not specifically conducted on bathing suit dryers but on wash dryers.

However, since both machines share a similar mechanism of processing clothes, then it’s probably safe to assume that one is as vulnerable to the same risks as the other— that the same bacteria lurking in your wash dyers at home might also be lurking in the bathing suit dryer at the gym.

The only difference is, instead of sharing these bacteria with your family, you’re sharing them with strangers.

It’s like asking every stranger who has used the suit dryer before you to wear your swimsuit around for while before returning it to you. Bodily fluid and bacteria included. Yuck!

So should you avoid bathing suit dryers?

If you’re a semi-germophobe like me, you probably should. But that’s just me talking. Take my opinion with a grain of salt as there was no study conducted specifically on bathing suit dryers just yet.

Besides, swimsuits are probably cleaner than underwear, right? I mean, how many people do you think pee in the pool every day?

If you really must use a bathing suit dryer, remember the following:

Detergents smell nice and flowery but scientists say they are not the answer.

Unless you’re using bleach or very hot water (between 140 and 150 degrees) then you aren’t really killing bacteria. Instead, some of them stay in the washing machine and some get on your hands in time for you to prepare food for dinner.

How to keep your wet swimsuits from stinking

So… you’ve decided that you will never again touch a bathing suit dryer for the rest of your life. What now?

Then here are some hacks on how you should store your wet swimsuits and keep them fresh while on your way home:

Invest in a sports sack with an antimicrobial agent.

This sports sack, for example, is treated with a patented antimicrobial agent to control and prevent odor on your swimsuit.

No matter how antimicrobial a sports sack can get, the fact remains that it only works as temporary storage. So do not leave your wet clothes to mold inside for days! Remove them from the pouch as soon as you get home and wash, wash, wash!

When looking for a sports sack, choose the one that’s waterproof, washable, and reusable. This one, for example, has an antimicrobial capacity that’s been tested to last for up to 300 washes.

If you need one more reason to boycott bathing suit dryers, this is it:

Some people avoid bathing suit dryers not so much because it grosses them out, but because swimsuits that go in the machine’s heat and spinner wear out much quicker than the ones squeezed by hands then air-dried.

Immune system: Am I a joke to you?

If we run a marathon contemplating and questioning the cleanliness of our everyday lives, then a bathing suit dryer is just the start of it.

Take a public swimming pool, for instance. If we think about it, it’s basically like the case of dryers— we’re swimming in the same water that other people are swimming in.

And sometimes (when luck wills it) we accidentally drink some of that water. Let’s not forget that dude who’s too lazy to go to the toilet, who oh-so-secretly relieves himself in the confines of that same water.

We know it happens but we prefer not to think about it. Besides, isn’t that what chlorine for is all about?

There’s also the nagging question somewhere along the line of: What about our immune system? Isn’t it responsible for ensuring that we aren’t defenseless against yucky bacteria?

Chances are, if we look closely, we’d be surprised at what our immune system could do to protect us.

That said, while cleanliness is super important, it probably doesn’t hurt to draw the (thin but firm) line between healthy vs germophobic cleanliness, and then recognizing when we’ve crossed it.

Although, (I wont lie!) I still seriously think there’s quite a fortune to be made selling drop-in cleaners for those bathing suit dryers. 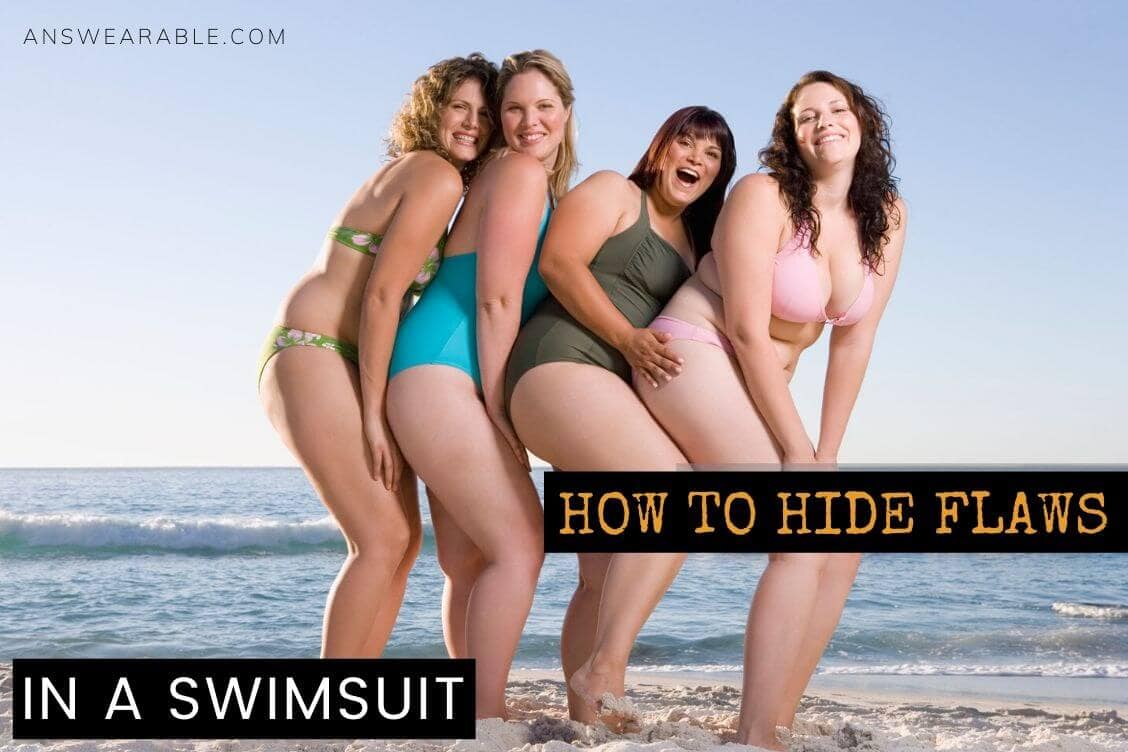 How to Hide Flaws in a Bathing Suit

Real talk: Every woman has one part of her body that she isn’t too keen to show off—especially when sporting a swimsuit. The good news? Fashion designers came up with techniques on how to camouflage each “problem areas”. Note: This... 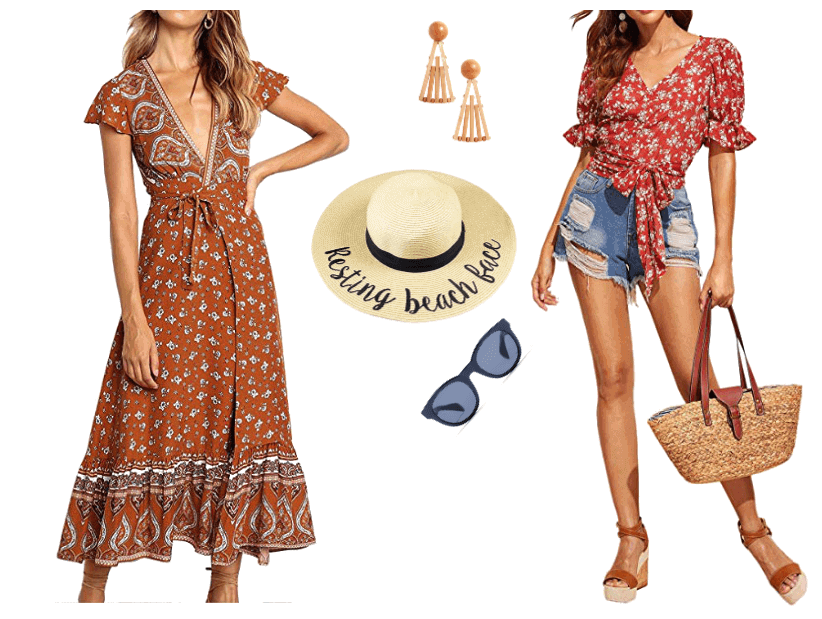 What to Wear at the Beach if You’re Not Swimming

So you’re going to the beach but you’re not swimming. Perhaps it’s that time of the month again and you just wanna be as dry down there as possible. Or perhaps you just wanna chill, read a book, and listen to the waves of the... 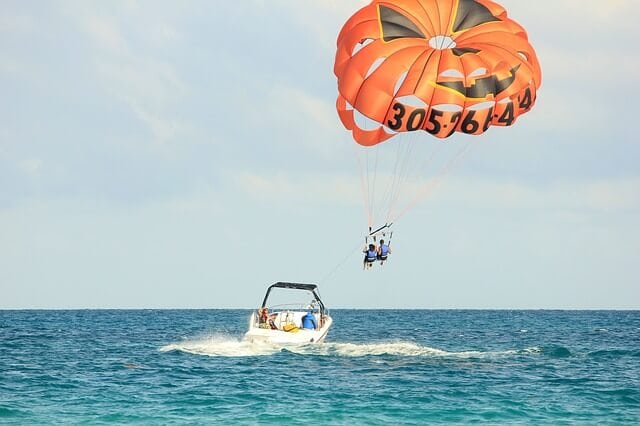 Do You Have to Wear a Bathing Suit to Parasail?

“So I’m wondering: Is a swimsuit necessary at all for aquatic parasailing? I mean, you basically need a body of water to call it “aquatic parasailing” but you won’t be spending your time in the water but above it. So do... 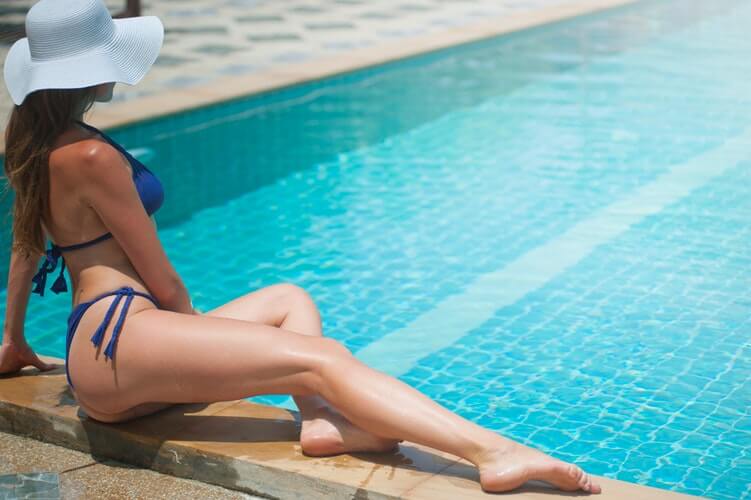 How to Make Your Butt Look Bigger in a Swimsuit: No Squats

If you found your way through this article, chances are, you have one of the following body types: rectangle, inverted triangle, apple. What do they have in common? They all have a small booty. Not necessarily a “pitiful” kind of small... 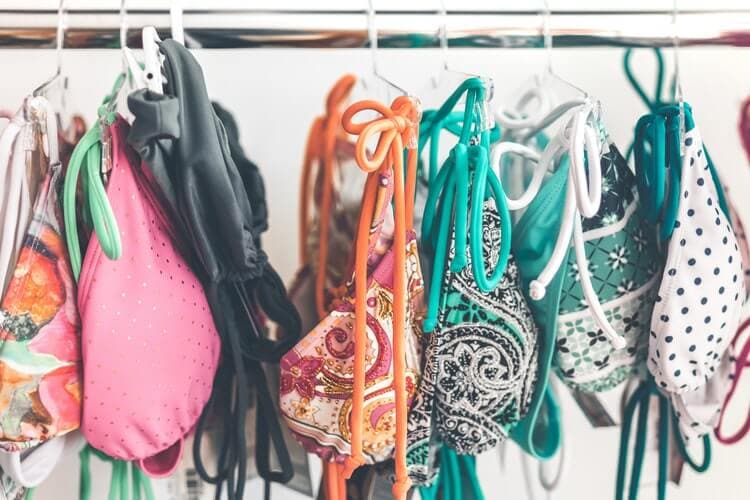 Here’s How Many Swimsuits You Should Pack for Vacation

A reader wrote: In a few weeks, I’ll be traveling to the Philippines for a long-overdue vacation. The idea is to savor the country’s beaches and tropical goodness, escape from the winter in the US, and get some tan along the way. Anyway...