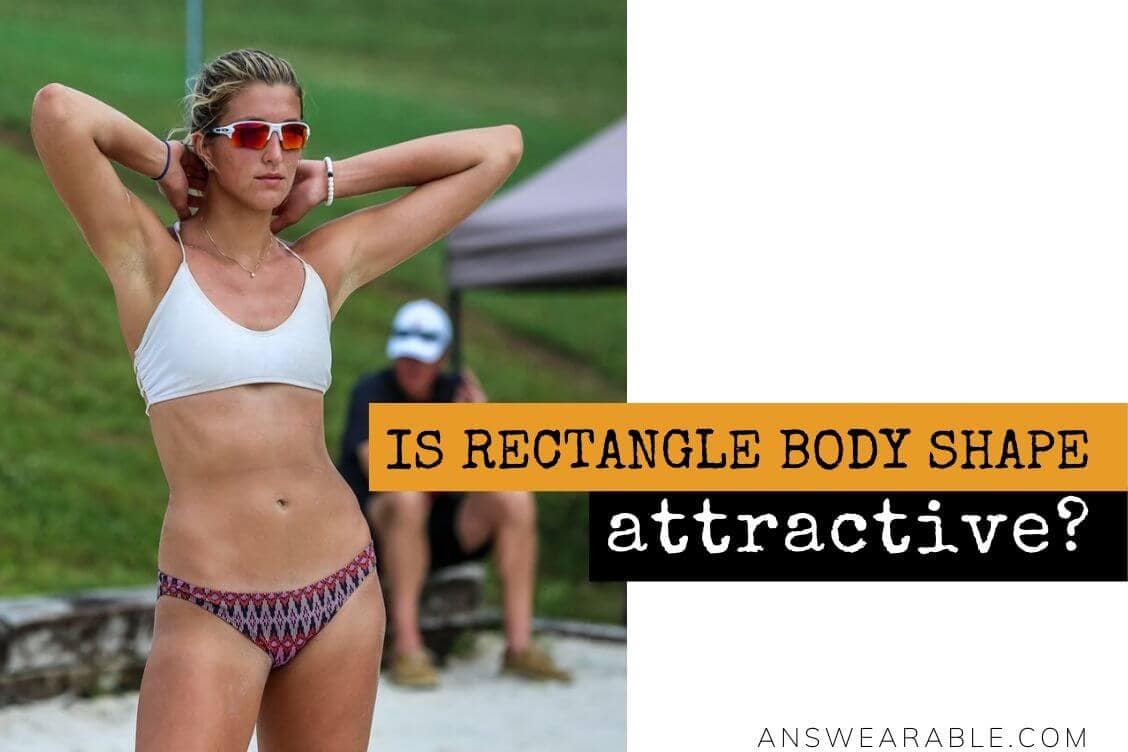 If you own a rectangular body, then you’ve probably asked this question at least once. Alas, the answer is not so simple. After all, beauty is subjective and what looks attractive to ones’ pair of eyes might look bland (or even unsightly) to others’.

A more insightful question would be: Who’s the beholder?

Well, in the case of this research, the beholders were men, most of them proclaimed that they’re most attracted to an hourglass body. So much so that they deem it more attractive than breast size and facial features.

Scientists concluded that: Men are likely drawn to an hourglass waist as it signals better health and a greater chance of fertility. It’s like an advertisement of Mother Nature saying, “Pay attention to these voluptuous birthing hips. This can nurture plenty of babies!”

But what about the other beholders?

Fortunately, men alone don’t get to say who’s attractive and who’s not. Supermodels, for instance, don’t have to be hourglass-shaped. Roughly half of them are rectangular.

And let’s not forget the famous and beautiful celebrities who own the body shape and are rocking it:

So you see, all is not lost, my fellow rectangles! This body type may not be the most coveted among men but who’s to say men are the only judge?

What about the plus size rectangle?

You might say, “Yeah These celebrities and supermodels are rectangles but they’re lean and tall and sexy. What about the heavier ones?”

And to that, I say: Even hourglass-shaped supermodels have something to complain about their bodies.

As I said, all is not lost. By choosing the right wardrobe for your plus size rectangular body, you can flaunt your assets and downplay your “problem areas”.

You might reply, “But I’m sick of hiding my body and following the fashion police! I don’t wanna do that!”

Well, if you truly mean that, then you are a rare snowflake. There certainly is no reason for you to follow these so-called styling rules. It’s entirely your call.

Should a rectangle body dress up like an hourglass?

If you search “how to dress a rectangle body shape” in Google, you’ll see hundreds of styling advice. These advice— plenty though they are— say the exact same thing: Create the illusion of a curvier waist, a bigger bust, and wider hips. In short, dress to look like an hourglass.

A lot aren’t happy about this. They say it sends the message that rectangle and other “less feminine” body shapes are somehow inferior to an hourglass shape.

And to that, I have one question: If you have a rectangle body and a stylist tells you to wear an outfit that would widen your waist, broaden your shoulders, and erase your butt, would you wear it? Chances are, your answer would be a resounding no.

The reason why fashion is a billion-dollar industry is that humans are social creatures. Meaning, in varying degrees, we care what other people think and say about us. Some people care more and some care less. But ultimately, we care.

Some might say, “I don’t care what other people say about me. So I’ll wear this really flamboyant outfit to let everybody know that I don’t care. To hell with it!”

But even that is just another way of saying “I care.” There’s nothing wrong with it. We’re humans. Most of us go for what’s popular and most sought-after.

So… is rectangle body shape attractive?

The answer really is up to you. If you can make peace with the fact that you don’t possess the most coveted body shape on earth and yet still love your body— the entirety of it, with its flaws and imperfections— then who’s to say your rectangular body is unattractive?

Centuries from now, most of what society deems attractive will shift and change. How it will change, we don’t know. But perhaps a rectangular body would finally be deemed as “more attractive” than an hourglass. And instead of breast augmentation, women would queue up for reduction. But alas, we wouldn’t be around anymore to see these happen— if these would ever happen.

If you’re one of the rare ones who just don’t care about styling tips, then great! You do you.

But if you’re one of the billions of women who prefer a curvier waist, bigger bust, and wider hips, then know that there is no wrong or humiliating about it. Dressing up to enhance your curves does NOT mean you don’t love your body or that you’re inferior. It would be like saying, “I already love my body so I don’t have to exercise.”

After all, wouldn’t it be a funny world if we were all alike?

I change my mind!

Note: This article is highly outdated and I no longer stand by this opinion. This is because I discovered a system created by David Kibbe, an image professional and fashion stylist from New York City.

The heart and soul of his system is that all body types— broad-shouldered or narrow, straight or curvy, tall or short, feminine or masculine— are all inherently beautiful.

Where traditional beauty standards assume that curvy is better than straight, or tall is better than short, Kibbe is all about following your own body line and by doing so, end up creating a perfect ensemble that flatters your shape.

Meaning, no more “hiding”, or “downplaying”, or “camouflaging” any part of you that you aren’t so proud of.

It’s all about embracing your real body shape and actually end up looking good instead of following the impossible one-size-fits-all beauty standard.

How exactly do you do that?

First, you need to take the Kibbe test. There are 13 body types (as opposed to the traditional 5). What I like about the test is that it measures every aspect of your body in detail: your bone structure, body flesh, and facial bones and flesh.

Second, it’s also important that you first understand the main concept of Kibbe which revolves around the Yin (feminine) and Yang (masculine) forces. This article will explain: Yin vs Yang Examples of Kibbe Body Types. 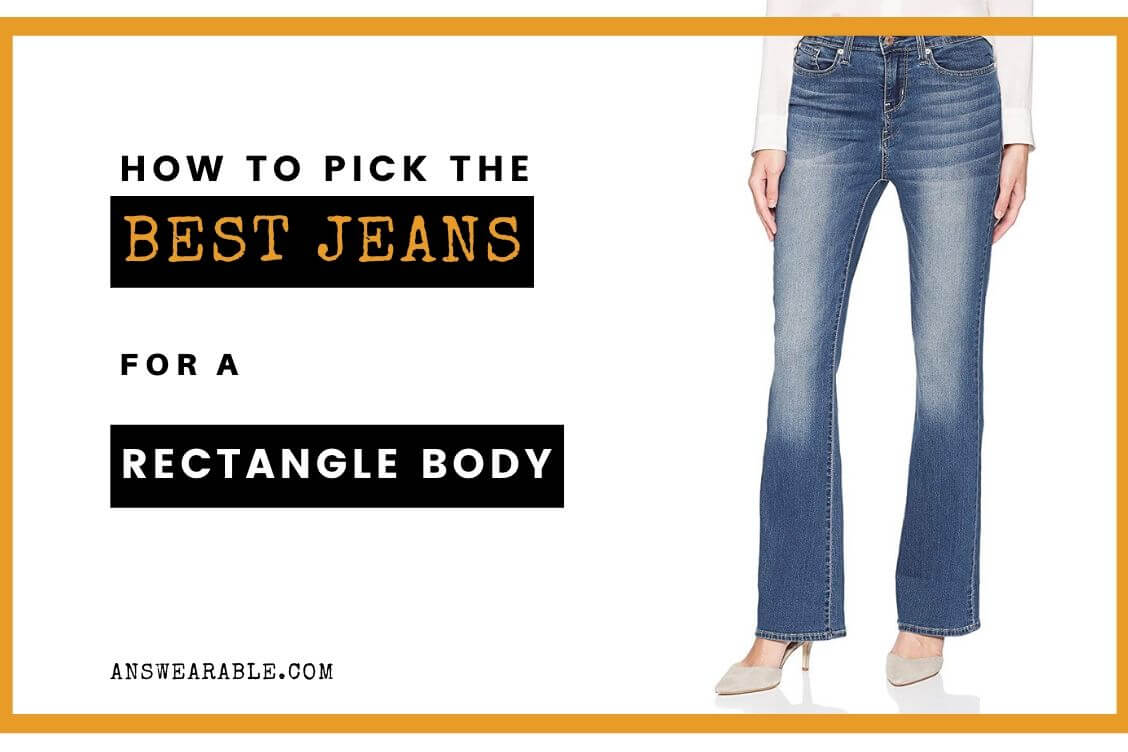 How to Pick the Best Jeans for Rectangle Body

A rectangle or straight body has many assets but a big booty isn’t one of them. If you own this body type, you’ve probably asked this question more times than you could count: “How do I make my hips look wider, my booty bigger, and... 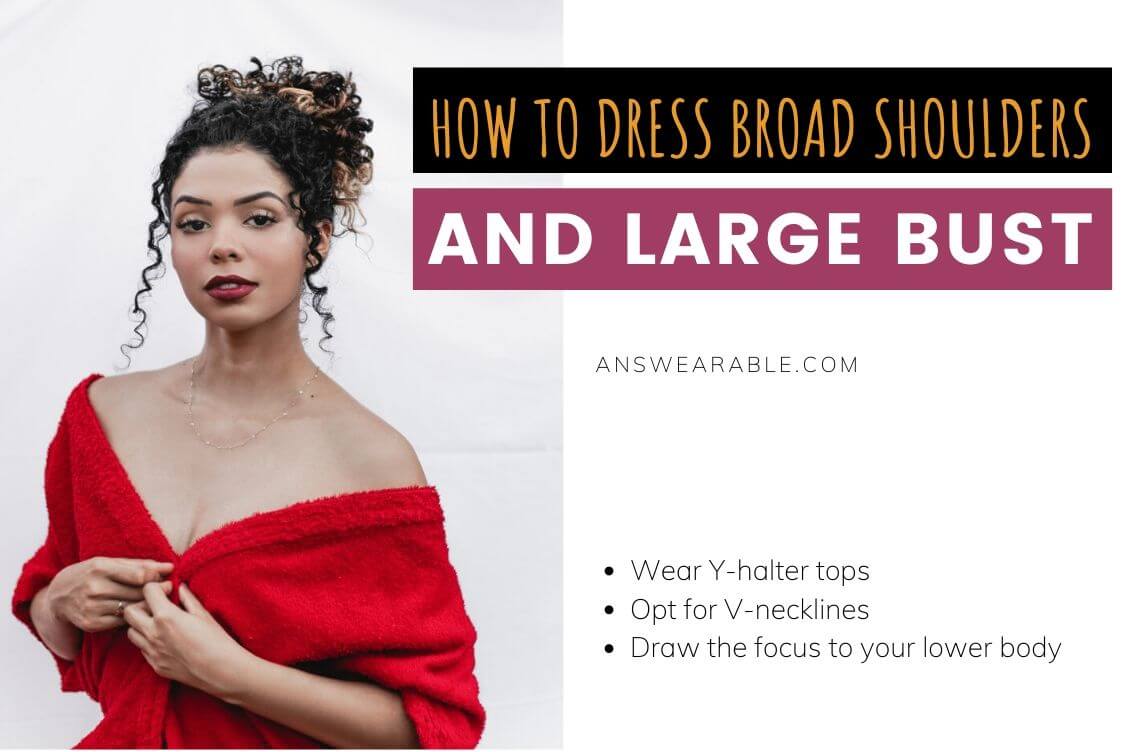 How to Dress Broad Shoulders and Large Bust

When it comes to halter tops and dresses, there are 3 types of women: The ones who look stunning in them, the ones who don’t (but wanna figure it out), and the ones who are still unsure. This article will help the second figure it out and the... 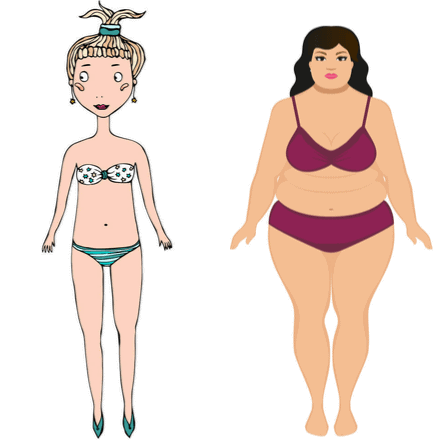 How to Dress a Rectangle or Straight Body

If you have a rectangle body type, then your issues when dressing up likely have a lot to do with your curves— specifically the lack of them. But that stops now. In this article, you’ll learn the styling principles on how to dress a rectangle... 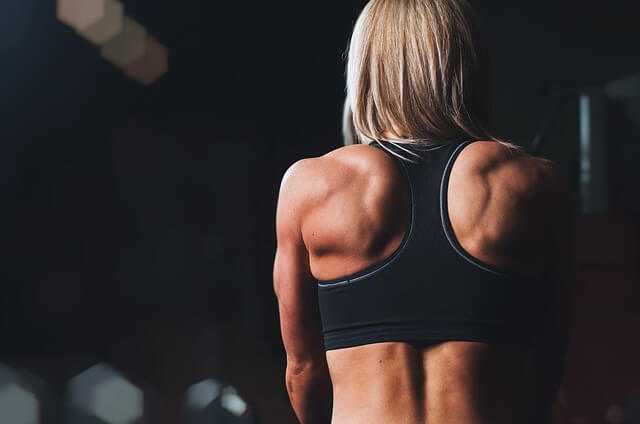 How to Dress Broad Shoulders and Small Bust

Real talk: If you have broad shoulders and small bust, your likely issue is that your body looks too masculine for your liking. Not that you don’t love your body. It’s just that from time to time, you’d have loved looking fancy...

We use cookies to ensure that we give you the best experience on our website. If you continue to use this site we will assume that you are happy with it.OKNoPrivacy Policy